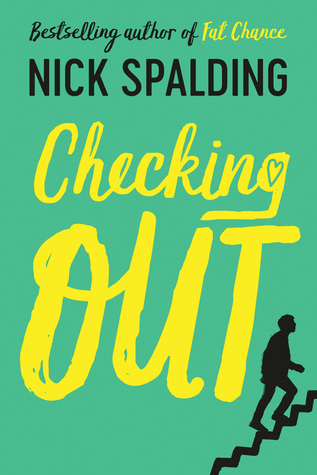 I was not sure what to expect from this book as Nick Spalding is a new author to me, however when this one came up on the online book club I am in I was really looking forward to it.

The main character, Nathan James, did not come across as a particularly likeable person to begin with. He made a lot of money inventing children’s T.V. characters (that he does not even like), his girlfriend is a self-absorbed model who cares only for herself and Nathan’s notoriety, and he spends far too little time with his family.  Nathan is given a none-too-subtle wake up call in the form of an inoperable brain tumour.  This little smack in the face sends Nathan on a rollercoaster ride of emotions. As Nathan reassesses his life and begins to live each day as though it is literally his last, the antics and mishaps that befall him are hilarious.

Alison is great.  Her personality is a direct contrast to Sienna’s – the former model girlfriend – and I don’t think Nathan deserves her love and patience.  She is so calm with him and does everything she can to make him appreciate what he has right now.

This is a fun, light-hearted story based on very real issues and the way a terminal illness can change a persons outlook on life.

What do you do when the doctor says you could die at any moment? Well…after you’ve made a cup of tea, of course.

Nathan James is young, successful and has the world at his feet. Unfortunately, he’s also about to die—which ruins things somewhat. And now he’s staring imminent death in the face, Nathan is having to rethink some of his life choices very hard.

This means embarking on a hectic journey of self-discovery that includes, amongst other things, losing his dignity to an inescapable bean bag, suffering screaming nightmares about a monstrous potato, and getting up close and very personal with a bipolar donkey.

All of which is fine, but then Nathan falls in love with a charming girl called Alison, which is a really stupid thing to do. Because how can you give your heart to someone when it might be about to stop?